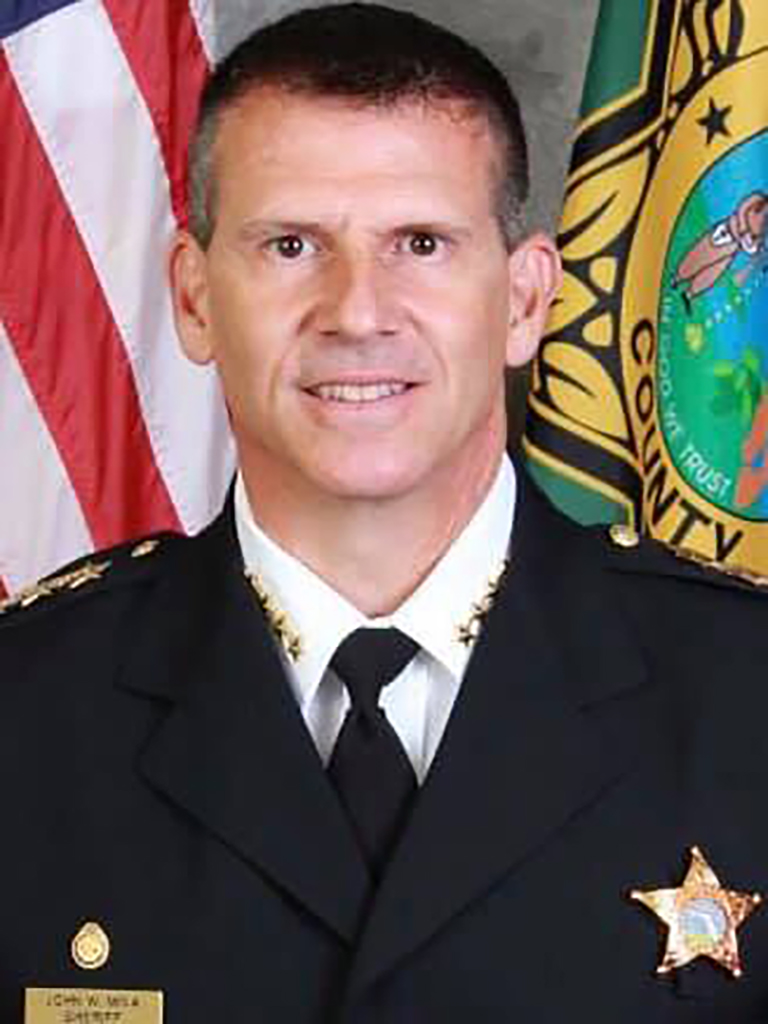 He spent nearly 28 years with the Orlando Police Department, where he rose through the ranks and was appointed Chief of Police in 2014. For more than four years, he commanded 1,000 sworn and civilian OPD personnel and 100 volunteers.

In November 2018, Orange County voters chose Mina as the 29th elected Sheriff. He has lived in Orange County for nearly 30 years and cares deeply about this community.

Sheriff Mina’s law enforcement career has been built on strong leadership by example and the ability to effect positive change.

As Sheriff, his priorities are to make Orange County an ever better and safer place to live, work and visit, build greater connections and trust throughout the community and ensure that Deputies have the best training and equipment available so they can be safe while protecting others.

Community engagement, trust and transparency have been the hallmarks of Sheriff Mina’s leadership style. He is a trusted face of law enforcement in Central Florida, where, during his tenure as Chief of the Orlando Police Department, crime decreased dramatically, use of force was down significantly, and officer accountability was the standard.

Sheriff Mina also serves on the Board of Directors for the International Association of Chiefs of Police, Heart of Florida United Way, Central Florida Crimeline, the United Negro College Fund and the Camaraderie Foundation.

Prior to entering law enforcement, Sheriff Mina proudly served his country as a member of the 82nd Airborne Division of the U.S. Army as a Military Police Officer. Sheriff Mina and his wife Tracie have two adult sons, Chase and Nicholas.